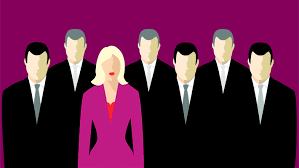 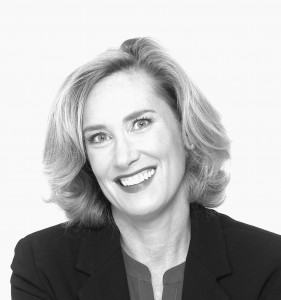 The good news is that things are looking up for women in terms of their representation on boards. However, the internationalization of boards with the switch to the use of the English language presents a number of new challenges and risks in particular for women.

In France the improvement in gender equality in the boardroom is largely due to the introduction of quotas. Quota legislation, first introduced by the 2011 Copé-Zimmermann law, was reinforced by the August 2014 Gender Equality Law. With effect from January 1, 2017, there must be at least a 40% representation of both genders on the boards of

In anticipation of the quota legislation, AFEP-MEDEF, representing the largest listed companies in France, adopted recommendations related to board composition in its corporate governance code (April 2010). This code sets out a multi-step approach including a 40% threshold needed to be reached by April 2016 subject to a « comply-or-explain- approach ».

This good news should not hide a governance issue that raises specific challenges for women: the language risk.

Given the globalization of business and finance, boards of directors and their committees (audit, remuneration, nomination…) together executive boards are becoming increasingly international in their composition. This internationalization has resulted in a switch to English language as the working language. There is evidence to suggest that insufficient preparation for this language switch can result in impoverished discussions at board level leading to what has been called “silent boards” and the ensuing governance risk.2

A specific language risk exists for women. Research shows that women in leadership positions often have recourse to the strategy of “double-voiced discourse” in order to minimise direct confrontation or avoid direct criticism of their male counterparts. This involves use of apology, humour, self-mockery, understatement and deference. Women use this strategy four times more than men. This can be perceived as a sophisticated social skill but at other times, the use of deference and apology may be exploited, or perceived as a weakness.3

So, despite progress in terms of gender equality and equal opportunities, female leaders are still seen as transgressing the boundaries of femininity if they ‘talk tough’.

For these reasons, women in particular need to anticipate and prepare the language and cultural switch if they are to realise their full potential in the international boardroom.

The following approach can be adopted to minimize the risk:

If these specific language issues are not adequately addressed, the progress in terms of gender equality might all be in vain.

1 Deloitte 2015 Global Perspective “Women in the Boardroom”
2The Role of Language in Corporate Governance: The Case of Board Internationalization: Rebecca Piekkari, Lars Oxelheim and Trond Randøy, in IFN Working Paper No. 974, 2013, Institute of Industrial Economics, Stockholm
3 Talking their way to the top? Language in the boardroom, Dr Judith Baxter, in Journal Aston Advances, Issue N° 2
4 The Female FTSE Board Report: Cranfield University School of Management

Get in touch with us - jennifer@englishconnection.fr